Learn a lesson about lessons-learned?

How many lessons learned have you contributed during your career? And how often have you been confronted with a lesson learned from yourself or a fellow project employee at the start of a project in past projects? You will probably also answer ‘quite a few’ or ‘many’ to the first question and ‘never’ or ‘rarely’ to the second question.

The importance of the lessons learned

Many organisations in the Netherlands and Belgium use a standard project management methodology. Every project management methodology contains some type of finalising phase in which all the activities to complete the project are carried out. A project is ended because all activities have been carried out, and/or the end result has been achieved. But it may also be the sudden end of the project because the business case is no longer positive. In both cases it’s important to implement a lessons learned activity during the closure phase according to the methodology. In English we simply call this a lesson learned.

1. Many methodologies forget the fact that learning from a project should be a continuous activity. Noting lessons learned is done during the project, not just during the final phase. After a project of twelve months, who actually remembers which problems he/she had during the project and which proposals came to mind to avoid those problems the next time?

It’s a good idea to create a logbook and expand the lessons learned every week.

2. Many organizations neatly apply a project management methodology and record the lessons learned at the end of the project. This is often a quick session in which project staff look back together. This should not take too long as the result has already been achieved or even stronger, the plug has already been pulled. Often this is not even an integral session, but the lessons learned are dutifully listed in writing and recorded in a logbook.

It’s wise to especially take the time to think about the lessons learned. If you have everyone update the logbook on a weekly basis, you divide the time you spent on it over the project, and there’s a better chance of it being useful during the project.

3. In practice, the lessons learned are conveniently recorded in a document item by item (the methodology often has a simple template for this), and they’re beautifully documented with improvement recommendations. This document is then stored in a folder somewhere where nobody will ever see it again. Lessons learned aren’t even looked at during the start of a new project, so the improvement recommendations are also not included in the new project and the chance the same problems occur again is almost as big.

Save the learned lessons including improvement recommendations in a central storage place that’s easily accessible to everyone. This is crucial for a continuous improvement process. Label them with a category, so searching is easier. Include an activity in every project to search for the lessons learned of similar projects and ensure that those are looked at during the start of the project (as well as during the project if possible).

4. When creating lessons learned, many people think of summarising problems that occurred during the project. Sometimes solutions are thought of that limit the chance they reoccur in the future.

From Mojeo, I always try to focus on the successes that have been made. What are the unique aspects that made project results successful, and what can we do to have those successes again in the future? I don’t only do this because I think successes are more important than failures, but also because it gives more satisfaction to ensure successes rather than to prevent problems.

Lessons learned within a PMO

Most organisations have multiple projects running at the same time and collection of lessons learned can be included in a project management office (PMO). The specialised employees ensure a regular and correct collection during the project, the availability (possibly prioritised) to the entire organisation, and the distribution of the relevant lessons learned to starting projects. This ensures learning from projects doesn’t become dependent on different Project Managers. Guaranteed that you’ll encounter your own lessons learned more often with Mojeo’s PMO implementation and your organisation will develop a powerful learning ability.

More information about the PMO of MOJEO? Check out our PMO page! 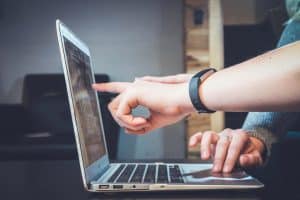 The importance of building relationships as a project manager

Being a project manager in an organization is not an easy task. Day after day you try to manage others to achieve the project goals. Often you

There is no I in team: At MOJEO you never hire one person

An open door, right? A statement so old and widely used, but relevant in many areas and yet often ignored. When we think of

KPIs to measure the performance of your PMO

A survey shows that 86% of respondents using a project management office stated that the PMO leads to more successful projects. Another

MOJEO, OUR MOJO YOUR SUCCESS

MOJEO is a project management agency based in Maastricht. Our mission stems from our conviction that specialism combined with daring produces amazing results. We constantly strive to add that piece of quality and mojo that makes the difference in successfully managing projects.

Looking for Project Managers with mojo?

How is your pmo doing?

The MOJEO PMO Maturity Scan Lite allows you to easily and quickly find out the points of attention and opportunities of the project organisation.

TO THE FREE PMO MATURITY SCAN